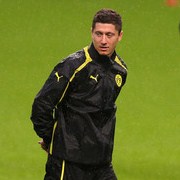 Reports are out claiming that Chelsea is set to rival Manchester United for Borussia Dortmund striker Robert Lewandowski.

The Telegraph reported that United boss Sir Alex Ferguson plans to make another check on long-term target Robert Lewandowski when the striker lines up for Borussia Dortmund against Manchester City at the Etihad Stadium on Wednesday night.

The Manchester United boss made a move for the Poland international during the summer but the German champions rejected a £16million offer.

But Ferguson is ready to renew his interest after Lewandowski indicated he will not sign an extension to is contract, which runs out in June 2014.

Chelsea are also tracking Lewandowski, who has scored 31 goals in 72 league games for Dortmund and caught the eye for Poland at Euro 2012.