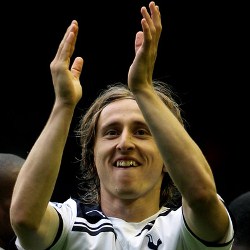 Reports are out claiming that Chelsea have sounded out Tottenham over the availability of Luka Modric.

According to The Telegraph an inquiry, but no bid as yet, has been made to Tottenham Hotspur over the Croatia international, who has long been admired at Stamford Bridge.

It is believed that the Blues, backed by billionaire Russian owner Roman Abramovic, are prepared to bid as high as £30 million but, so far, Spurs chairman Daniel Levy has refused to negotiate.

Whether Levy can hold on to the 24-year-old former Dinamo Zagreb midfielder, who is also being discussed by Manchester United, remains to be seen, especially if Chelsea launch a substantial bid.

Spurs are interested in Didier Drogba but it is understood that, after considering selling the 33-year-old striker, Chelsea now intend to offer him a 12-month contract extension to add to the year he has left on his deal.