It has been reported that Chelsea are interested in Arsenal defender Thomas Vermaelen. 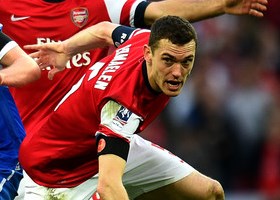 The Daily Express claims that Vermaelen’s future has been the subject of speculation over the last year, since the Belgian lost his place in the Arsenal backline.

Chelsea are reported to be lining up an offer to bring the 28-year-old to Stamford Bridge.