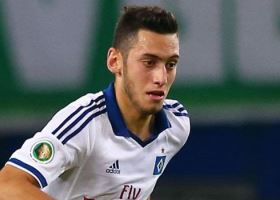 The Daily Mail reported that both Liverpool and Arsenal are said to be interested in the midfielder, who is understood to be valued at around £12million by his current club.

However, with Hamburg staring at relegation from the Bundesliga, he has informed his advisers to find him a new club. Mourinho is keen on taking him to Stamford Bridge for around £7.5million.

UK-based agent Muzzi Ozcan is said to be working on a deal to bring the 20-year-old to England with preliminary discussions already taking place with the Blues.