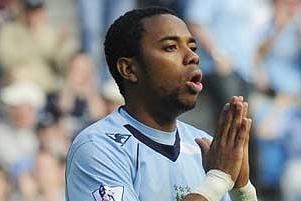 Interesting transfer news are out and it has been reported that Chelsea are being linked with a renewed bid for Manchester City winger Robinho.

It is reported that the Blues are hoping to have their FIFA transfer ban frozen to allow them to buy big in January.

British newspapers have reported that Brazilian international Robinho, long coveted by Chelsea, could be answer to Ancelotti’s quest for a ‘game-breaker’.

However, Manchester City are not keen to sell but player wants out and a figure around the region of £25m should be able to persuade City to sell.