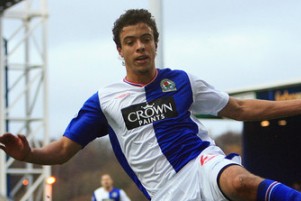 Chelsea striker Franco di Santo has revealed that he is delighted that his loan with Blackburn Rovers has been extended to the end of the season.

Di Santo has caught the eye with some impressive performances in a Rovers shirt this term but he has only scored one goal so far and the Argentinian is looking to boost his strike rate for the second half of the campaign.

Di Santo told reporters that he is very happy to stay with Blackburn Rovers as the club has given him the opportunity to play.

He added that he hopes that he can keep doing his best and will continue with his progress and try to improve himself.

Di Santo also said that he wish to perform the best in every game and to work hard for the team and for the supporters and of course to try to score more goals than the first half of the season.