Local newspapers have reported that the Premier League champions had scouts watching the 23-year-old playing for Notts County against Torquay last weekend and have earmarked him as a possible understudy for Petr Cech.

Schmeichel, who is now a free agent, has also attracted interest from Bayern Munich, West Brom and Derby. 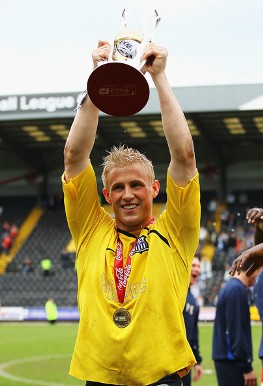