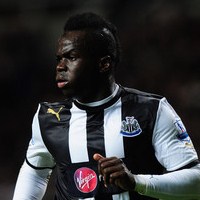 Reports have emerged that Newcastle United have slapped a £20 million price-tag on Cheick Tiote.

The Mail on Sunday revealed that Manchester United have made a move for the Ivorian, but are unimpressed by Toon’s valuation.

Roman Abramovich, encouraged by Chelsea’s Champions League victory, is willing to pay £20m for the combative Ivorian as he looks to build on their Munich success.

Newcastle would make a profit of £16.5m on midfielder Tiote if the deal went through. Arsenal, Chelsea To Do Battle For Real Madrid Defender Nacho