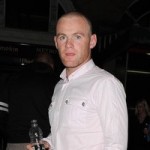 According to the Times, Chelsea is set to delay their second bid for Wayne Rooney until after he has played in Rio Ferdinand’s testimonial next week.

It is said that the Blues are hoping a hostile Old Trafford reception would convince the England international striker to move to London.

Earlier this month, Chelsea confirmed that they had made a bid for the 27 year old.

Chelsea however denied initial reports that the offer was £10 million plus Juan Mata or David Luiz and was later reported that they had around offered £20 million for the striker which was rejected by United.

New Manchester United manager David Moyes has insisted that Rooney is not for sale, but Mourinho insisted Rooney was his only summer transfer target, with reports suggesting that Chelsea could bid up to £30 million.

At the end of last season, former United manager Sir Alex Ferguson said Rooney had submitted a transfer request. At the club’s final home game of the season, against Swansea, the striker was booed by sections of the crowd.