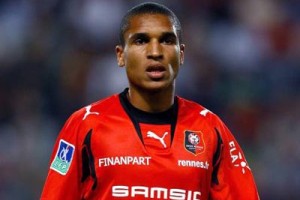 Rennes winger Sylvain Marveaux is in the sights of Chelsea.

According to reports in France, Marveaux is seen as a potential long-term replacement for Florent Malouda, .

Rennes could be prepared to let Marveaux go for a cut-price £5million rather than see him leave for free when his contract runs out next season.

Marveaux, 24, scored 10 league goals for his hometown club in the season just ended, playing wide on the left or as a second striker.

Manchester United were also rumoured to be tracking his progress recently. Fernando Torres Cast Doubt On His Future At Chelsea