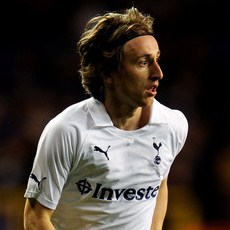 Sensational news are out and it has been revealed that Chelsea are ready to outbid rivals for want-away Tottenham midfielder Luka Modric.

Marca says Chelsea are set to enter the race to sign Modric and could offer around £36million for the Tottenham playmaker. I

It’s reiterated that Spurs would rather sell to a club outside of the Barclays Premier League.

Real Madrid, PSG and Manchester United have also been linked with the midfielder, who impressed at Euro 2012.