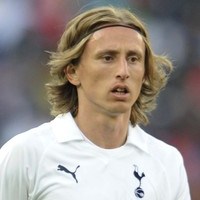 Reports are out claiming that Chelsea are ready to try again for Tottenham playmaker Luka Modrid with a new £30million bid.

It is said that Chelsea boss Andre Villas-Boas is concerned by the lack of pace in his midfield – which he felt was shown up in Sunday’s goalless draw at Stoke.

It is strongly believed that Chelsea will offer £30m cash or £27m plus Yossi Benayoun who is open to a move to White Hart Lane.

The bid is a considerable increase on the Blues’ opening £22m offer but is a sign of Chelsea’s desperation. Currently they have put £27m on the table.

Spurs chairman Daniel Levy has been emphatic in his refusal to sell the Croatian playmaker at any price.

However it is believed boss Harry Redknapp is softening in his stance towards selling Modric, who is unlikely to play in the Europa League game at Hearts on Thursday night.