Reports are out claiming that Chelsea are ready to open new contract talks with Eden Hazard. 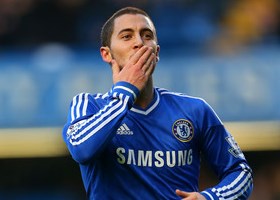 The London Evening Standard reported that the Blues are considering offering Hazard a new contract to help see off interest from Real Madrid.

The Belgium international star is already one of Chelsea’s highest earners on around £185,000 a week and still has three years left on his current deal.

French giant Paris Saint-Germain are also lining up another attempt to sign Hazard after they had an offer turned down last summer but he is not prepared to play in France again.