Reports are out claiming that Chelsea are preparing a bid for Marseille defender Nicolas Nkoulou. 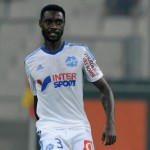 L’Equipe reported that Nkoulou has less than a season to run on his contract with the Ligue 1 giants and they are happy to sell.

Able to perform in central midfield as well as central defence, Nkoulou is a good tackler who is also comfortable on the ball and would provide serious competition for John Terry, Gary Cahill and Kurt Zouma.

The Cameroonian made the Ligue 1 team of the year in both 2012 and 2013 and has previously been linked with Arsenal and Atletico Madrid.

Arsenal Youngster Alex Iwobi Called Up To The Nigeria Squad