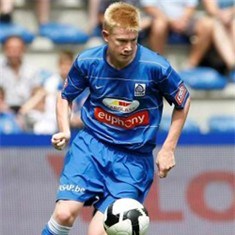 The London Evening Standard has reported that Chelsea have lodged an improved £9m bid for Genk winger De Bruyne, which should see the 19-year-old move to London.

The only stumbling block now is where he will play his football next season because Chelsea want him to go out on loan to ensure he keeps getting first team football.

Anderlecht have registered an interest themselves as part of the negotiations over Romelu Lukaku, but Genk don’t want De Bruyne to play for their rivals.

Dutch club Vitesse Arnhem have also been linked, but the winger is not so keen on playing for them. Still it is only a minor issue and is not expected to scupper the transfer from going through.