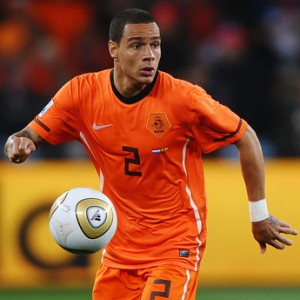 Premier League champions Chelsea have been reported to be interested in the services of Ajax full-back Gregory van der Wiel.

According to The News of the World, Martin Jol, who has snubbed Fulham to remain at Ajax, has been told that he must first sell players if he wants to strengthen the squad this summer.

Striker Luis Suarez looks set to remain at the club and now Jol will now be open to offers for talented defender Van der Wiel, whose move to Bayern Munich broke down at the 11th hour.

It is said that Chelsea manager Carlo Ancelotti wants to strengthen his defence and has registered an interest in Van der Wiel, who will be allowed to move from Ajax at that right price.