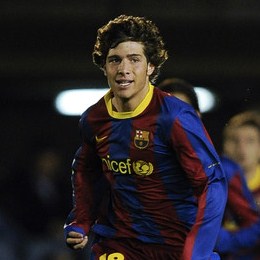 Interesting news are out and it has been revealed that Premier League giants Chelsea are chasing Barcelona attacker Sergi Roberto.

According to AS, Chelsea are homing in on Roberto after their football chief Michael Emenalo visited the La Masia training base last week.

Roberto has penned a new deal this year through to 2015, which carries a buyout clause of €15 million.

Before committing to his new contract, Roberto attracted enquires from Real Madrid.