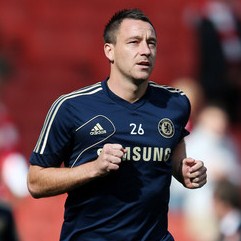 Rafael Benitez has revealed that it is too difficult to say when exactly captain John Terry will be back in action.

The 32 year old former England international centre-back has been sidelined with a knee injury since November 11 but was supposed to be fit for the Club World Cup earlier this month.

However, some complications with the problem have denied Terry the chance to get back on the pitch and the club is still unsure on when he will play again.

“Two days ago it was one little step backwards, but now one step forwards. We cannot say when he’ll be available,” said Benitez.

“The doctors say it’s difficult with an inflammation. The next two or three days, he won’t be available, that is clear. He just did the warm-up with the team the other day. I don’t know how long (he will be out).”