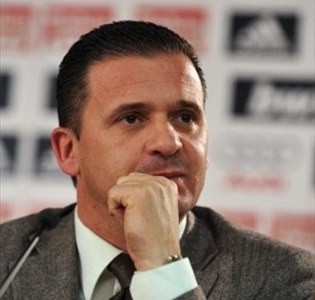 Reports are out claiming that former Real Madrid sports chief Predrag Mijatovic is being lined up to replace Frank Arnesen at Chelsea.

Arnesen announced in November he would step down from the position in May and has taken a job with Bundesliga side Hamburg, which starts in the summer.

Marca has now reported that the reigning Premier League champions have been in touch with former Serb striker Mijatovic about a move to England.

Mijatovic was director of football at Real Madrid from 2006-2009 and was instrumental in bringing stars such as Arjen Robben, Wesley Sneijder and Rafael Van Der Vaart to the Bernabeu.

He has two weeks to accept Chelsea’s offer.

Shortlist For The FIFA/FIFPro World XI