Reports are out claiming that Chelsea star Juan Cuadrado is keen to learn English – from a Playboy model!

The Sun reports model Carla Howe and Cuadrado have been exchanging private messages via Instagram, with the famous twin ready to undertake a new role as teacher.

Howe is said to have learned Spanish during a trip to LA, and is more than capable of conducting lessons with the £26.8m signing.

However, a Chelsea spokesman was less than enamoured with the reports, and told The Sun: “The club will be providing English lessons for him.” 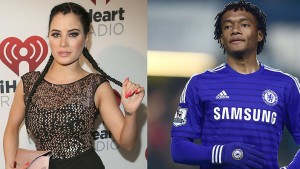