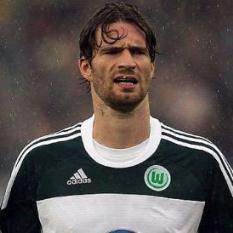 It has been revealed that MLS club Chicago Fire have secured the services of former Germany international Arne Friedrich.

The 32-year old defender joins as a free agent will be added to the Fire roster upon the receipt of his P1 Visa and International Transfer Certificate (ITC). Per Major League Soccer and club policy, terms of the deal were not disclosed.

Friedrich, who has previously played with SC Verl, Arminia Bielefeld and Hertha Berlin before leaving VfL Wolfsburg in September last year, is looking forward to the next chapter of his successful playing career which has seen him represent Germany on more than 80 occasions.

“I’m excited to take the next step in my career with the Chicago Fire,” said Friedrich.

“After playing my entire professional career in Germany, coming to the United States was an intriguing prospect and I’m looking forward to joining the club and playing in Major League Soccer.”