It has been revealed that Manchester United striker Zlatan Ibrahimovic remains a target for the Chinese Premier League. 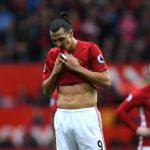 AS claims that Ibrahimovic could become the world’s highest-paid player if he leaves Manchester United for China at the end of the season.

The Swede has taken the Premier League by storm this season and United want him to stay on beyond the end of his current deal, which expires in June.

Ibrahimovic could stay on at Old Trafford if he activates a clause which unilaterally extends his deal by a further year.

However, he has received an offer from China which would make him the world’s highest-paid player, and that has placed doubts over his Old Trafford future.