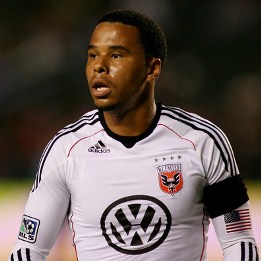 Chris Pontius had assists on all three gaols to help D.C. (8-7-10) jump one point ahead of New York and Portland into the last wild-card playoff position.

Pontius found Davies inside the six yard box in the 11th minute with Davies easily scoring. After a failed clearance by Chivas’ Ben Zemanski fell to Pontius in the 15th minute, he fed Davies, who scored again.

Pontius connected with Davies again in the 66th to give Davies his 11th goal of the season.

However, Pontius was taken off the field on a stretcher in the 67th minute after a collision with Chivas defender David Junior Lopes. Lopes received a red card on the play.