Chris Smalling believes that Manchester United go into their clash with Arsenal in good form. 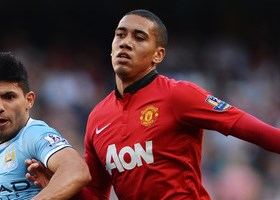 The England international defender feels his team-mates are riding the crest of a wave and are determined to beat the Gunners on Sunday, subsequently closing the eight point gap that separates the two rival clubs.

“We are going into the game with a lot of confidence,” Chris told ManUtd.com.

“We drew with Real Sociedad in the week but we had a lot of chances to win the game and I think we have gained a lot of confidence from our run of late. We are playing at Old Trafford and really looking forward to it.

“I don’t think there are any must-win games at this stage but it is still obviously a massive game. We are at home and we have to be the favourites to win. We have to take the game to them and show that we are the team that wants to win and close the gap.”