Manchester United defender Chris Smalling insists that they will learn from this season’s disastrous campaign. 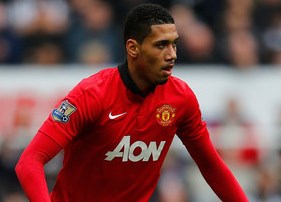 The England international defender said he and his Old Trafford team-mates had been forced to learn a harsh, but valuable lesson this season.

“You learn that you can’t take what’s happened in the previous years for granted,” said Smalling, who is training again following a four-week injury lay-off.

“I think this experience will help us make sure we never let this happen again.

“We gave ourselves an uphill task by not starting the season well and, come next season, we will make sure we work harder than ever. This club deserves to be at the top and, hopefully, we’ll be back there soon enough.

“We definitely want to finish this season on a high. We need to stick together and, if we can get a good run going now and finish strongly, I think we can go into the new season stronger than ever.

“It’s a strange feeling for a lot of us to be in the position that we find ourselves in. Even before I joined, and since I’ve been here, we’ve always been competing at the top of the league.

“It hurts. I know how much the fans are hurting as well. I want the supporters to know that we’re always striving to improve.

“Hopefully, we can build up a run between now and the end of the season, as the fans deserve it.”