It has been reported that Aston Villa striker Christian Benteke was delighted to score in their defeat to Arsenal on Monday. 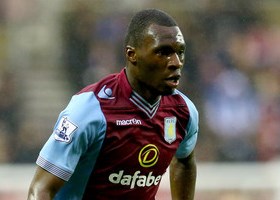 The Belgium international striker was back on the goal trail in Monday night’s 2-1 defeat to Arsenal, netting for the first time since September 14.

“It is a great feeling for me because I’ve had a hard time and it is good for my confidence,” he told Villa’s website.

“But it is a shame because we lost. I scored but we didn’t take the three points. I hope this goal is going to help me to score more in the coming weeks.

“It was very hard for me because I worked hard to be 100 per cent and tried to give my all.

“Now I feel better and I hope I will keep it up, work hard and see what happens.

“It was a great cross from Matty [Lowton] and I was in a good place.”