Juventus midfielder Claudio Marchisio has revealed that he has been contacted by a trio of big Premier League clubs in recent times. 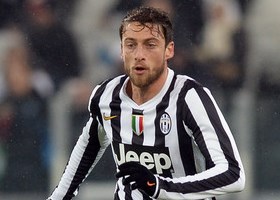 The Italian international midfielder is the subject of reported interest from Arsenal, Manchester United and Liverpool and although he has heard from the English giants via agents, he says nothing will occur until they contact his club directly.

The 28 year old said : “Sometimes I have received phone calls from agents who told me of the interest of clubs such as Arsenal, Manchester United and Liverpool,”.

“But no one from these clubs, however, has never contacted directly us. And in case I would tell them to talk to Juve.”

Marchisio, who has been with the Old Lady of Turin since he was a boy, is under contract for another two years.