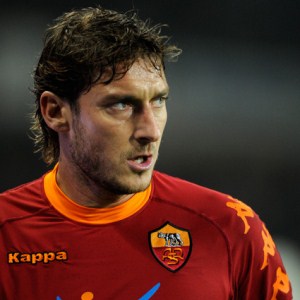 AS Roma coach Claudio Ranieri has declared that he has no problems with club captain Francesco Totti.

Totti only saw four minutes of action in defeat to Sampdoria yesterday.

The Italian tactician later claimed that he thought there would be more injury-time for Totti to make an impact.

Corriere della Sera says Totti, when warming down after the game, sarcastically asked Ranieri: “Hey, does the game start now?”

Some media asked Ranieri about the comments and he insisted: “A show of disrespect? No, I hope he will be one of our major players this season.” Arsenal, Roma Target Adrien Rabiot To Make PSG Decision At The End Of The Season

Roma Coach Rudi Garcia Pleased With The Form Of Gervinho