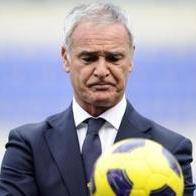 Sensational news are out and it has been revealed that Inter Milan are joining the January battle for Bolton Wanderers defender Gary Cahill.

The Daily Mail reported that Inter will be among the bidders after appointing former Chelsea boss Claudio Ranieri as their new coach on Thursday.

As Ranieri prepared to take his first coaching session, he was left in no doubt that central defence was the priority area for strengthening.

“The valuations in August were between the two chairmen, and, of course, it never came to fruition.

“Now there’s the problem of the January window, and I think there will be more than just Arsenal coming back in for him then. We will deal with at the time.” No Say On My Successor – Arsenal Boss Wenger