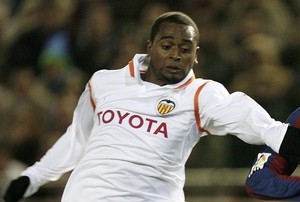 Valencia coach Unai Emery has admitted that defender Miguel could be on his way out of the Spanish club when the transfer window opens in January.

Miguel is currently out of the first team at the moment and has been linked with a move to Premier League club Aston Villa.

Emery told reporters that the decision is in Miguel’s hands. He added that the only demand he makes to his players is that they are fully focused on their football.

The coach then went on to say that Valencia needs Miguel and that the player will have to raise his game to 100 per cent for the club.