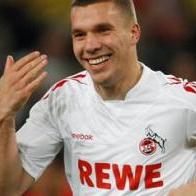 Cologne’s Lukas Podolski struck five minutes from time to rescue a 1-1 draw against Mainz in the Bundesliga and notch his 14th goal of the season.

Tunisian Sami Allagui had given the visitors a 70th-minute lead before Podolski, already a major transfer target for several top European teams for the end of the season, fired in from 22 metres to keep Cologne in 10th place on 21 points.

Mainz, unbeaten in their last five league games, are in 12th place on 18 points.

The match was postponed in November after referee Babak Rafati attempted to commit suicide on the morning of the game.