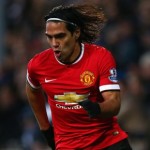 It has been reported that the president of the Colombian Football Federation admits they’re concerned over Radamel Falcao’s form with Manchester United.

Falcao has struggled to settle with United since his loan move from AS Monaco.

FCF president Luis Bedoya told the Copa America website: “It’s a difficult matter because as Colombians we would always want Falcao to play an important role.

“I know that he is going through a difficult situation, but we know he has great spiritual, mental and physical quality that will remain focused on the Colombian national side.”