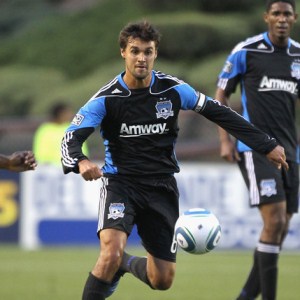 Chris Wondolowski scored for the third time in four games to help the San Jose Earthquakes pick up their first home victory of the season, 3-0 over the Columbus Crew on Saturday night.

Steven Lenhart, acquired from the Crew before the season, scored his first goal for San Jose. Khari Stephenson rounded out the rout with his second goal of the year.

The Quakes won despite playing a man down for the final 11 minutes after Brandon McDonald was ejected following an off-the-ball incident with Columbus forward Tommy Heinemann after a San Jose corner was cleared.