Reports have emerged claiming that Neymar has spoken of his Copa America meltdown last week. 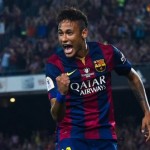 The Barcelona star was sent off for Brazil in defeat to Colombia and has been banned for the remainder of the tournament.

“It is giving me no joy. It’s hard to train when you have no objectives and that could lead to me getting injured, which would make things harder still,” he said.

“I will learn from this situation for the good of my career.

“I had been looking forward to captaining Brazil at the Copa America for a long time, but sadly that’s no longer possible.

“I know my presence is very important for the team, like that of any one of the players, and more than ever they need to have their thoughts focused totally on the next games that they are going to play.”

Valencia Not Interested In Selling Jordi Alba To Barcelona