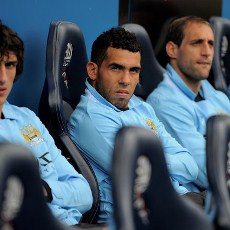 It has been revealed that Corinthians president Andres Sanchez is adamant they can prise Carlos Tevez away from Manchester City.

Indeed, Sanchez feels they now have a better chance of signing the Argentine international than they did during the summer.

“In the summer we offered €40 million for Carlos, but the problems he has to face in England has now seen his value go down. Our offer is now €18 million,” said the president of Corinthians.

“Many will not believe it, but I feel that Tevez is closer to Corinthians than many people realize.”