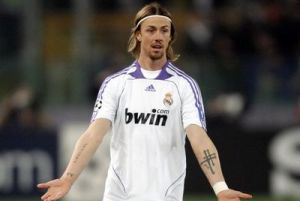 It is reported that Corinthians is aware of Guti’s bust-up with Real Madrid coach Manuel Pellegrini, which has seen the midfielder frozen out for games against Getafe and AC Milan and Corinthians now hope to convince the midfielder about moving to Brazil.

Guti has made no secret of his wish to end his career in an “exotic location” and has discussed the prospect of playing in the Middle East or USA.

It was also reported that Corinthians management are planning talks with Guti about joining former Real teammate Ronaldo for next season.