Cardiff City attacker Craig Bellamy has revealed that his son Ellis is a huge Arsenal fan. 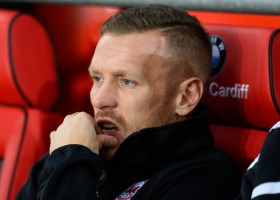 “If I was his age I could have done the same way. I love that Arsenal feel towards football and the way they go about the game is just perfect for the football purist.

“They’ve been an immense team for so many years. They’ve never been outside the Champions League with Arsene Wenger. Okay, I know it’s not been as great the last number of years as the fans got used to but this season they’ve showed what a great team they are. For me, they’ve had some of the best players I’ve ever played against: Thierry Henry, Robert Pires, Patrick Vieira, Tony Adams and there’s a new batch now.”