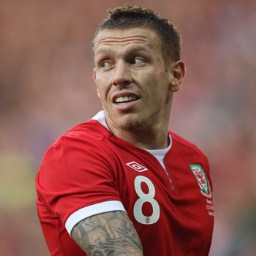 Craig Bellamy has revealed he turned down a potential move to Tottenham in order to join Liverpool in the summer.

The 32-year old Welsh striker returned to Anfield on transfer deadline day after he ended his contract with Manchester City and has said that a possible shift to play Champions League football with Spurs was rejected for the Reds.

“On the deadline day, I woke up, my phone went, my agent was on his way to see me – I was in a hotel with Wales [national team] – and he said, ‘We have two offers – there’s Liverpool and there’s Tottenham. What do you want to do?’” he told the club’s official website.

“I like Tottenham; I like the team a lot. I feel the way they play and pass the ball would suit me a treat – but this was a chance to go to Liverpool.

“I don’t believe you should return, go back to your old clubs, but this is Liverpool and I could never walk away from this opportunity.”

He added: “I watched Liverpool towards the end of last season and the way they were playing, and it was what I grew up supporting – the passing and moving, the free-flowing football. It felt like it was back.

“Now watching Liverpool feels like it is Liverpool again – and the opportunity to be a part of that was just too big of a deal to turn down.” Liverpool Will Go To Arsenal With A Gameplan – Adam Lallana