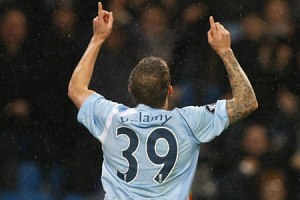 The player also added that this is his last chance to be part of a really big club and have a real good end to his career. He also said that he knew what could happen at Manchester City when he signed in January.

He also went on to say that he wanted to be part of it and he still does. The combative striker also said that if he stays stay fit, he definitely believes that he can fight for a place in the club.