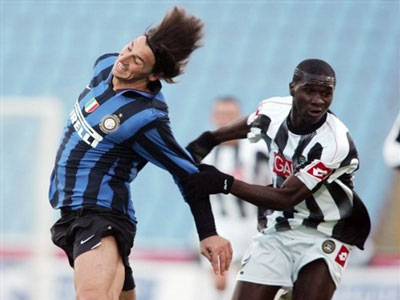 More transfer news are out and it has been reported that Udinese defender Cristian Zapata is claiming that Premier League club Arsenal are looking to sign him.

It is widely known that the 22-year-old Colombian was on Arsene Wenger’s radar last summer, and has admitted that he is eyeing a move away from the Serie A club.

The player also added that big clubs such as Juventus, Fiorentina, Milan, Arsenal and Villarreal have requested information about him and a possible transfer.

The player also added that there are many teams that are keen to sign him but so far no official offer has not been made.

The player believes that if a good offer arrives then Udinese will have to consider but also added that the club don’t need to sell him immediately.

Zapata is under contract until June 2013.