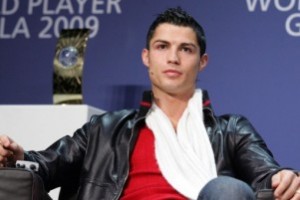 Real Madrid star Cristiano Ronaldo has conceded that rivals FC Barcelona is the best and deserved their success this year.

Barcelona finished the year with six trophies in the cabinet, while Real Madrid were left potless.

Ronaldo told reporters that he thinks that FC Barcelona has won everything in the world and has to be the best club right now.

He added that their playing style is established and their players have played together for many years and that it is a high-level team.

Cristiano Ronaldo also said that Real Madrid must do better and try to win the Champions League this season. He went on to say that it will be difficult, but anything is possible in football.

Ronaldo also added that Real Madrid had their chances to win, but it was Barcelona who has won everything.

Ronaldo then admitted that FC Barcelona is a great team and hopes to see them in the final in Madrid and beat them.

Xavi does not want Ronaldo in FC Barcelona