Real Madrid superstar Cristiano Ronaldo has defended team-mate Gareth Bale, saying there has been too much pressure placed on him since his record-breaking move to the Bernabeu. 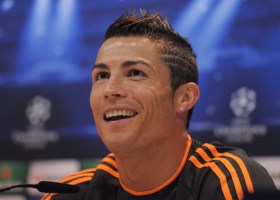 “He had a difficult time because he didn’t do a pre-season. I understand that and if you speak with him you can see he is very excited to help the team, but it is better to leave him alone and not add pressure.”

“People put pressure on him because of how much he cost. I leave him alone because I am sure 100 percent that he is going to do well for the club.”

Marcelo : Mourinho Has Made Us Stronger!