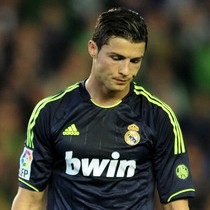 Reports are out claiming that Real Madrid star Cristiano Ronaldo is backing Manchester United to win the Premier League title this season.

Former United ace declared that only United and Manchester City are realistic contenders.

The 27 year old said : “I think United will do it this year and win their title back,”.

The Real Madrid forward confessed he is an avid watcher of Premier League football, insisting: “It is the most competitive league in the world, in my opinion ahead of Spain. You have a lot of brilliant players and the league is so intense it’s amazing. I watch it in my house every week.”