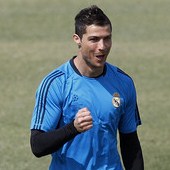 Indeed, after winning the title, the Portuguese international now sees a period of trophy glory for Real.

“I think Barcelona’s cycle is over. We ended up winning the league nine points ahead of Barca. I still do not know if this is the end for Barca because for many years they’ve had a great team.

“Maybe we are now able to win the league for several years running, as they did.”