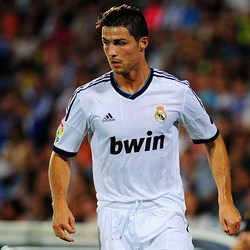 Real Madrid superstar Cristiano Ronaldo has declared that he is completely committed to the Spanish giants.

There has been plenty of speculation regarding the star attacker after he suggested he was feeling ‘sad’ at Madrid.

It was said that the 27 year old Portuguese international wants a bigger contract at the Santiago Bernabeu otherwise he will depart but after national team duties with Portugal this week, the former Manchester United winger says he is solely focused on his current club.

“It is now time to return to the club and think only about my club,” wrote Ronaldo on his Facebook page.

“I would like to reaffirm, without being concerned about contracts, that my focus is solely on winning every game and every available trophy with the essential company of my team-mates and all Madridistas.”

Pellegrini : Fans Will Soon See The Best Of Kaka