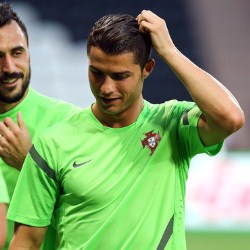 It has been revealed that Real Madrid’s new contract talks with Cristiano Ronaldo have stalled over Spain’s new tax laws.

The dropping of the ‘David Beckham law’ sees star players in Spain now being taxed like everyother high earner in the country.

It is said that the Portuguese international is seeking a new deal worth €15 million-a-year, which given the scrapping of the Beckham law would mean Real outlaying an amazing €23 million-a-year to extend the former Manchester United star’s contract.

Even at the moment, at €9.5 million-a-year, Ronaldo would need Real to improve that to €12 million-a-year to cover his losses from Spain’s new tax laws.