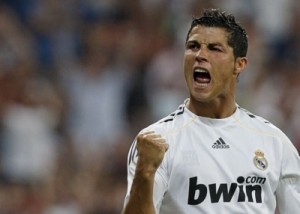 Real Madrid’s superstar winger Cristiano Ronaldo has revealed that he was extremely delighted with his brace in Real’s 5-2 victory at FC Zurich.

Ronaldo said that he knew the goals would come and so he was very quiet. He also added that the most important thing was to win the first game and start well in Europe, and that Real Madrid have achieved that.

The former Manchester United winger also added that the team has worked very well and that he is very happy with the result.

The Portuguese international also said that Real Madrid relaxed in the second half and did something that the players cannot repeat in the future.

Cristiano Ronaldo went on to say that people are saying that Real Madrid are favorites to win the Champions League, however the team will have to go little by little.