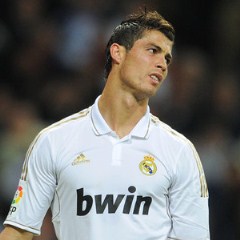 It has been revealed that Cristiano Ronaldo is furious with the hostility aimed towards him by opposition crowds.

The Real Madrid superstar feels the abuse reached it’s peak while in action for Portugal in Bosnia last week.

The former Manchester United star was again the subject of “Messi, Messi” chants and multiple lasers being aimed at his eyes throughout the 90 minutes.

“I also had five lasers pointed at my eyes. Nobody talks about it, they talk about the gesture I made. They do that, I make a gesture, and everyone wants to speak ill of me.”