It has been revealed that Real Madrid star Cristiano Ronaldo has hailed teammate Gareth Bale’s current form as “amazing”. 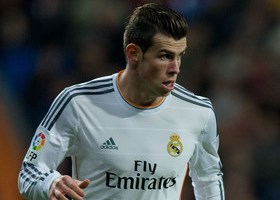 The former Manchester United star ended all doubts of any jealousy between the pair with an enthusiastic interview on French TV yesterday.

“Gareth is doing amazing. He started… with some injuries, some small problems, but that’s normal because he didn’t do a pre-season and afterwards there was a lot of pressure, it’s hard,” Ronaldo said.

“Now he is in a good way, he helps us a lot, he’s integrated into the team, people like him, the supporters and the players, he’s a fantastic player and i wish he can help us to win trophies.”

The Portuguese international also insisted he was happy to pen new terms with Real.

“I have everything, this is why i signed the new deal. I don’t know when the end of my career is going to be but at this moment I’m so proud here and I’m happy.”