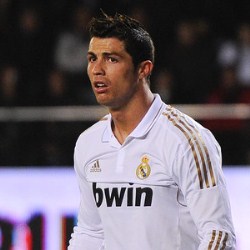 Reports have emerged that Cristiano Ronaldo lost his cool at the end of Real Madrid’s controversial draw with Villarreal.

The former Manchester United star was furious after seeing Sergio Ramos, Mesut Ozil, Jose Mourinho and Rui Faria all sent off during the 1-1 draw. Benzema To Be Fit For Champions League Clash Against Lyon